The Number One (#1) Mistake of New Writers? 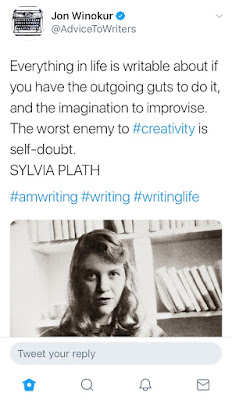 My view is that the number one mistake that new writers make is trying to write something out of thin air. I totally agree with Sylvia Plath who, per @AdviceToWriters, opined:

Everything in life is writable about if you have the outgoing guts to do it, and the imagination to improvise.

Every novel is some sort of roman à clef or is based on a previous work. For example, Lolita and Humbert appears to have been based on Sally Horner and Frank La Salle. And per Wikipedia, at a minimum, The Lord of the Rings is based on:

Only God can create out of thin air. Consequently, humans must improvise creatively.