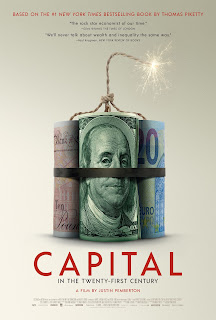 Consequently, the rich players became more dominant, significantly ruder (e.g., The rich players belittled the poor players.), the rich players were less compassionate, and despite their initial advantage in the game, the rich players acted as if they deserved to win (i.e., The rich players didn't acknowledge that they had a significant advantage in the game.)
Piff related Capital in the Twenty-First Century (2019):
"When you watch patterns of human interactions, people who feel entitled and deserving of their own success, are more willing to privilege their own interests above the interests of other people and often engage in ways that undermines other people's welfare; so, that they can get ahead."
"We translate perceptions and experiences of being better off than others - materially, to being better than others."
Posted by Mo Ibrahim at 12:21 AM No comments: