For Writers, Reading is Working 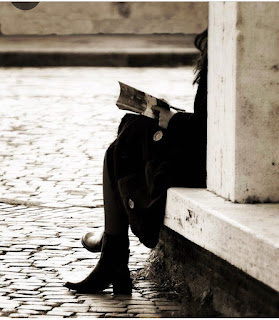 We've done a number of posts about the importance of reading for writers. For example, we shared that Lisa See advised:

Read a thousand books, and your words will flow like a river.

Consequently, while reading, even for pleasure, a writer is (organically) working on (improving) his or her writing.

If people give you a hard time and tell you to get your nose out of a book, tell them you're working.

Posted by Mo Ibrahim at 8:18 PM No comments:

Does It Pay [Well] to Be a Writer? 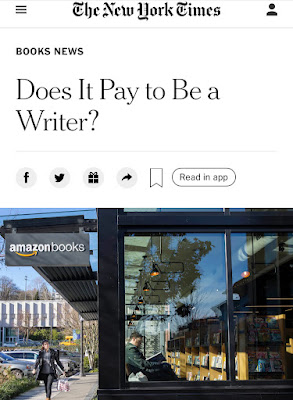 Writing has never been a lucrative career choice, but a recent study by the Authors Guild, a professional organization for book writers, shows that it may not even be a livable one anymore.

According to the survey results, the median pay for full-time writers was $20,300 in 2017, and that number decreased to $6,080 when part-time writers were considered. The latter figure reflects a 42 percent drop since 2009, when the median was $10,500. These findings are the result of an expansive 2018 study of more than 5,000 published book authors, across genres and including both traditional and self-published writers.

And de León shared that, unlike in the 1900s, today's writers need to supplement their incomes (e.g., teaching):

“In the 20th century, a good literary writer could earn a middle-class living just writing,” said Mary Rasenberger, executive director of the Authors Guild, citing William Faulkner, Ernest Hemingway and John Cheever. Now, most writers need to supplement their income with speaking engagements or teaching. Strictly book-related income — which is to say royalties and advances — are also down, almost 30 percent for full-time writers since 2009.

de León attributed the decline in writer's pay to a decline in freelance journalism and "Amazon’s lion’s share of the self-publishing, e-book and resale market":

Writing for magazines and newspapers was once a solid source of additional income for professional writers, but the decline in freelance journalism and pay has meant less opportunity for authors to write for pay. Many print publications, which offered the highest rate, have been shuttered altogether.

The decline in earnings is also largely because of Amazon’s lion’s share of the self-publishing, e-book and resale market, Ms. Rasenberger said. The conglomerate charges commission and marketing fees to publishers that Ms. Rasenberger said essentially prevent their books from being buried on the site. Small and independent publishers, which have fewer resources and bargaining power, have been particularly hard hit. Book publishing companies are passing these losses along to writers in the form of lower royalties and advances, and authors also lose out on income from books resold on the platform. 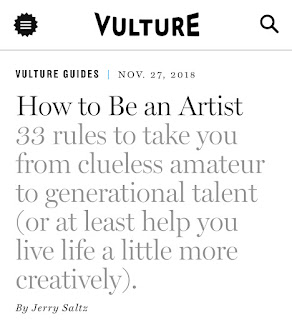 de León reminded me of Jerry Saltz's New York article "How to be an Artist [e.g., Writer]" where Saltz wrote that an artist slash writer should not feel bad about the likelihood of being poor, because one should not write to be rich:

Lesson 20: Accept That You Will Likely Be Poor 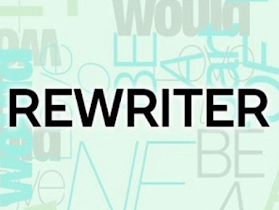 Should writers refer to themselves rewriters? I ask because writers often spend more time rewriting than writing.

John Winslow Irving, the author of The World According to Garp, reported shared:

In the end, rewriting is writing; thus, writer is a fitting (job) description.

Posted by Mo Ibrahim at 8:51 PM No comments: