You Need One Person to Believe in You

Mickey Royal wrote, "You can become something as long as one person believes [in] you."
I ask, "Who is the most important person that you need to believe in you? Yourself."
Posted by Mo Ibrahim at 9:36 PM No comments: 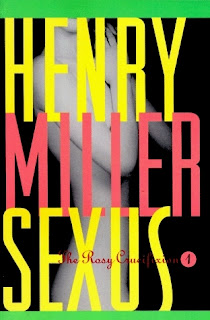 I recently did a post on The Allure of Nymphet's blog about author and ephepophile Henry Miller and his writings on nymphets and age-discrepant relationships. In addition, he has some gems in his novels about writing, writers and artists. The excerpts below are taken from Miller's Sexus.


"It's much better to be preoccupied with wonderful ideas than with the next meal, or rent,or a pair of shoes. Of course when you get to the point where you must eat, and you haven't anything to eat, then to eat becomes an obsession. But the difference between an artist and the ordinary individual is that when the artist does get a meal he immediately falls back into his own limitless world, and while he's in that world he's a king, whereas your ordinary duffer is just a filling station with nothing in between but dust and smoke."

"'You've got to eat, haven't you?'...I observed that the men who were most in life, who were molding life, who were life itself, ate little, slept little, owned little or nothing. They had no illusions about duty, or the perpetuation of their kith and kin, or the preservation of the State. They were interested in truth and truth alone. They recognized only one kind of activity-creation."

"But Arthur Raymond had absolutely no regard for time; when he was interested in a subject he thought nothing of food, sleep or sex."


"A painter can knock out a half dozen paintings in a year-so I'm told. But a writer-why sometimes it takes him ten years to do a book, and if it's good, as I say, it takes another teen years to find a publisher for it, and after that you've got to allow fifteen to twenty years before it's recognized by the public. It's almost a lifetime-for one book, mind you. How's he going to live meanwhile? Well, he lives like a dog usually. A panhandler leads a royal life by comparison. Nobody would undertake a career if he know what lay in store for him."


"There was another thing I heartily disbelieved in-work. Work, it seemed to me even at the threshold of life, is an activity reserved for the dullard. It is the very opposite of creation, which is play, and which just because it has not raison d'etre other than itself is the supreme motivating..."

"...they had of their own pledged themselves to give all. They gave gratuitously, because it is the only way to give. This was the way of life which appealed to me; it made sound sense. It was life-not the simulacrum which those about me worshiped."


"I want to start a new life with you. Let's go away from all these people! And I want you to quit that awful job. I'll find a place where you can write. You won't need to earn any money. I'll soon be making lots of money. You can have anything you want. I'll get all the books you want to read....Maybe you'll write a play..."

While I was re-reading the above excerpts I couldn't help but think about artists (i.e. writers, poets, painters, etc,) like James Franco and Nabokov. In a New York magazine profile that I wrote about in a previous post, Franco's assistant shared that Franco doesn't eat unless she, literally, puts food in front of him, and, like Tesla, Franco sleeps about four hours per night. Furthermore, Nabokov was so consumed with his translation of Eugene Onegin: A Novel in Verse that he worked on it for over seventeen hours per day. And what writer doesn't dream about being freed from his day job?
Posted by Mo Ibrahim at 11:15 PM No comments: