A number of writers like Nabokov, Lewis Carroll, and Edgar Allan Poe wrote about and played chess. Unlike Tolstoy, you may not have learned to play chess as a child but I've got a simple way for you to learn, because it can be a daunting task.

Firstly, I recommend that you learn the names of the chess pieces and how they move: 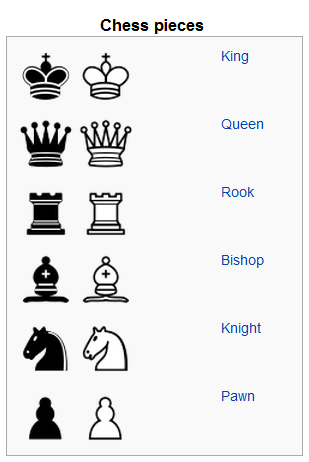 King:
Moves one box in any direction

Queen:
Moves in any direction as far as possible

Rook:
Moves forward\backwards and side-to-side as far as possible (i.e., in straight lines).

Knight:
Moves in a L shape and is the only piece that can jump

Pawn:
Moves forward one box but initially can move two but captures diagonally
The only piece that can block
If it reaches the other side of the board, it gets promoted to a piece of your choosing

Secondly and lastly, I recommend that you play. It's that simple. Once you start playing, you'll organically understand how to capture your opponents king (i.e., "Checkmate."). And the game is so kind that you're warned that your king is in grave danger (i.e., "Check."). If you can't find a patient human to play with you, I recommend an app set on the lowest level of difficulty.