The Beard: The Orthodox, Hipsters, The Most Interesting Man in the World & Famous Writers

Excerpt from The Allure of Nymphets: From Emperor Augustus to Woody Allen, A Study of Man's Fascination with Very Young Women:

"On a related side note, psychologists at Northumbria University found that women prefer men with beards as oppose to clean shaven men, because women find men with beards to be tough, mature, aggressive, dominant and masculine, which are all attraction switches for women. Faces with full beards were judged to be the most masculine, aggressive and socially mature, while men with light beards were considered the most dominant. Those with light stubble were rated the most attractive. Clean-shaven men finished last for masculinity, dominance, aggression, and social maturity, and they were the least favored choice as a long-term partner.

Reginal Reynolds wrote in Beards that “the clean shave was a common practice in the West, which appears to have been adopted by the Christians in the time of the Roman Empire…Then, as Christianity slowly spread northward once more, it appears to have brought with it the habits of the Lain peoples and - in an insidious, indefinable way – shaving became characteristically Christian and the beard or moustache something like the Mark of the Beast. They were found on the Moslem and the Jew…The beard was sacred to the Jew and the Moslem, and to shave it off a proof that a religion which sanctified the beard had been renounced.”

Of course, not every Jew or Muslim wore or wears a beard but Reynolds explains this by relating that “… it is manifest that those Jews who removed their beards in the Middle Ages must have done so for reasons very similar to those which today prompt a Negro to de-kink his hair – for one was liable to insult and injury if one wore this offending ornament. But while a Negro may seek immunity by attempting to pass for a White, the medieval Jew not merely found it safer to resemble a Gentile in appearance, as far as he could – he was in positive danger of being forced to abandon his beard and his faith if he did not dissimulate the latter by scrapping the former.”

Thamos S. Gowing related in The Philosophy of Beards that “Under Charles the 2nd, the Beard dwindled into the mere moustache, and then vanished. And when we consider the French apery of that un-English court, it is no wonder the Beard appeared too bold and manly an ensign to be tolerated. It went out first among the upper classes in London, and by slow degrees the sturdy country squires and yeomon also yielded their free honors to the slavish effeminate fashion, which, by the force of example, descended even to the working classes…”"


Although beards are still popular among orthodox Jews and Muslims, hipsters in Williamsburg, The [current and former] Most Interesting Man in the World, and some famous writers, despite the beard's attractiveness and rich history, bearded men remain in the minority. However, the Mirror reported "Beard it like Beckham - new trend as British men fork out thousands to have facial hair transplants to look like star" 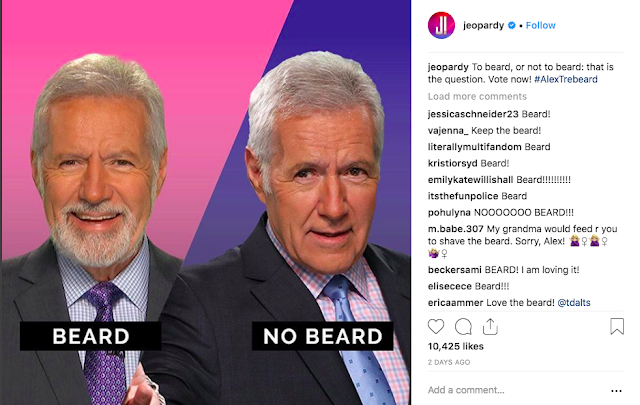 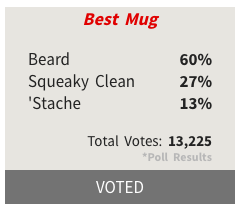 Email ThisBlogThis!Share to TwitterShare to FacebookShare to Pinterest
Labels: beard