Robert "Iceberg Slim" Beck: How to Rule an Audience as a Writer 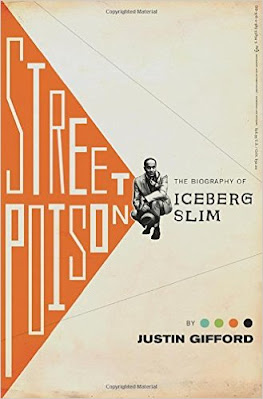 Robert "Iceberg Slim" Beck, after spending over twenty years of his life as a pimp, became a famous and bestselling writer in the African-American community. Subsequently, his novels made him the most notorious (former) pimp in America. His most famous book, Pimp: The Story of My Life, is an autobiographical novel that was published in 1967 by the notorious Holloway House and sold millions of copies. Ironically yet unsurprisingly, Beck saw little of the money.
Like Nabokov, Beck visualized his characters in his head, he wrote for long hours (e.g., sometimes up to 18 hours per day), and, like Proust, Beck was a recluse.
Justin Gifford's Street Poison, The Biography of Iceberg Slim and Ian Whitaker's Iceberg Slim The Lost Interviews sheds some very interesting light on Beck's writing habits and his views on writers and writing.
For example, Beck opined that being a writer is better than being a physician or an attorney:

Writing books is better than pimping. In fact, it's better than being a doctor or a lawyer. I don't have to go to court, I don't have to go to the hospital to perform an operation. I have no equipment...I don't even need paper; I'll write on the walls. All of my equipment [tapping his head] is in my noggin. And another thing; writing has been a wonderful boon for me, psychologically. The vacuum of ego that existed when I could no longer pimp has been filled most adequately.

And Beck posited that to command an audience, a writer must be bare and confess:

[...] I've been able to do what any artist must do if he's to rule the greatest possible audience - and that is to bare his emotional structure to the bone [...] That is, I have overridden my inhibitions so I can confess. It springs from the soul, brother. So many people are dying and crying out to confess. But they lack the courage.