Does Danielle Steel Really Write for 20 to 22 Hours Per Day?! 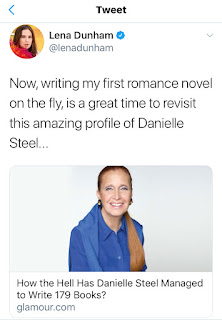 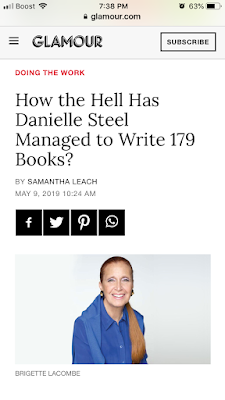 Here are some relevant excerpts from Steel's Glamour profile:

Steel is a creature of habit. She gets to her office—by 8:30 A.M., where she can often be found in her cashmere nightgown. In the morning she'll have one piece of toast and an iced decaf coffee (she gave up full-throated caffeine 25 years ago). After lunch and as the day wears on, she'll nibble on miniature bittersweet chocolate bars. "Dead or alive, rain or shine, I get to my desk and I do my work. Sometimes I'll finish a book in the morning, and by the end of the day, I've started another project," Steel says.

"I don't get to bed until I'm so tired I could sleep on the floor. If I have four hours, it's really a good night for me," Steel says.


For all her exhortations, Steels does sometimes fear that she's overemphasized work, wishing she'd "had a little more fun." Now every summer she takes a full week off in the South of France to be with her family. They’ll hang out on the beach; she catches up on her reading. (Steel can't read other books while working on her own, which means she can basically never read other books.) On the rare nights that she finishes work earlier than expected, she'll fit in about an hour or so of television, often Netflix [...]

I'm not saying that I don't believe that Steel writes for 20 to 22 hours per day, but I find that to be extremely hard to believe.


The Paris Review related that Nabokov worked on his translation of Pushkin's Onegin for approximately 17 hours per day - for two months, but Nabokov shared that he was on the verge of a [nervous] breakdown: “I was … on the verge of a breakdown and not fit for company. For two months in Cambridge I did nothing (from 9 A.M. to 2 A.M.) but work on my commentaries to EO.”


During the summer of 2010, after teaching a summer school course in Manhattan, I worked on my first novel for about ten hours per day. I did not almost have a nervous breakdown but, despite sleeping between 4 to 5 hours per night, I just couldn't squeeze any more writing time out of the day. 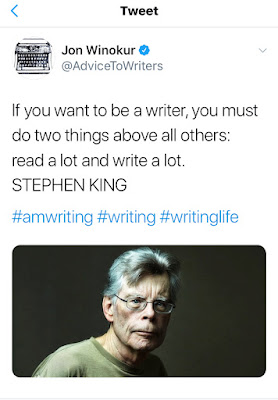 I will say that Steel's eating habits (e.g., "one piece of toast and an iced decaf coffee") are consistent with her alleged work ethic but, per Stephen King and most writers, the fact that Steel doesn't read much is inconsistent with being a writer. 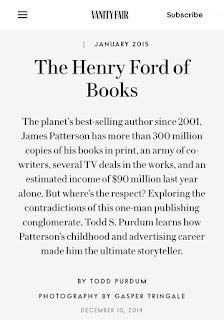 I wouldn't be surprised if Steel works in a similar fashion to James Patterson who per a Vanity Fair profile (DECEMBER 10, 2014), which refers to Patterson as the "The Henry Ford of Books", Patterson has "an army of co-writers".

Patterson writes outlines that he sends to co-authors. Upon receiving the manuscript, Patterson revises the MS before sending it to an editor. Consequently, Patterson is: "The planet’s best-selling author since 2001, James Patterson has more than 300 million copies of his books in print, [helped by] an army of co-writers [...]"

Posted by Mo Ibrahim at 9:11 PM No comments: 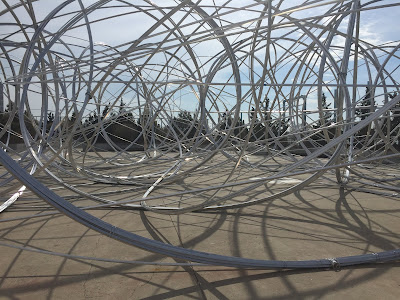 Per Time, in collaboration with K-pop's BTS, Gormley's abstract sculpture is "high-concept" modern public art that is: "[...] a single looping line of aluminum tubing — 18 kilometers worth, to be exact — spiraling in open-space, [with] larger-than-life scribbles that reach 50 feet high, like a gargantuan metal tumbleweed."

Although, downtown Manhattan and downtown Brooklyn were desolate, like downtown Bronx, despite Cuomo's "New York State on PAUSE" executive order, Brooklyn Bridge Park was teeming with art aficionados, joggers, and Brooklynites on constitutionals.
Posted by Mo Ibrahim at 10:38 AM No comments: